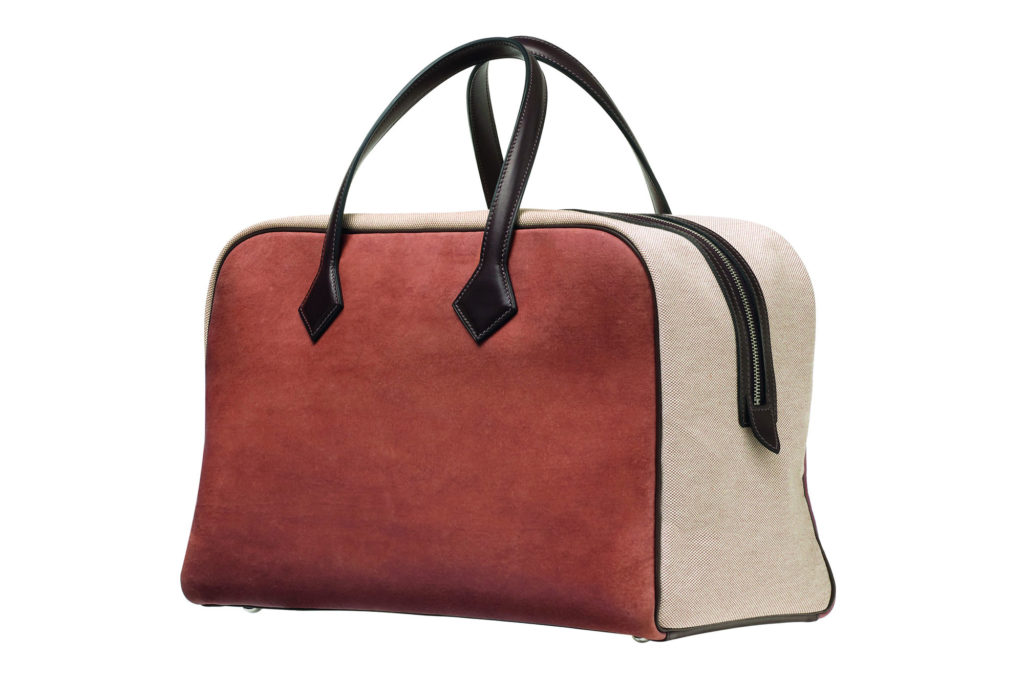 My Uncle Jorge (“Tio Jorge”) is not only my dad’s younger brother, but he’s also my godfather. He, like my entire family, fled Fidel Castro’s Cuba in the early 1960s for a chance at the American Dream. For Jorge, that meant moving to Washington Heights, Manhattan’s northernmost neighborhood, to start a decades-long career as a senior executive at behemoth retailer JCPenney. But when it came to fashion trends, stylish options or basic knowledge in those areas, Tio Jorge was certainly not your go-to guy in spite of his “insider” retail store advantage. The man was devoid of even rudimentary skills when it came to all things fashion.

My world was shook a few Christmases ago while visiting my parents in Miami (the entire Pérez-Feria clan has long since relocated to sunny South Florida) when Tio Jorge overheard me on the phone with a stylist for an upcoming magazine photo shoot in New York City we were prepping for. I was telling the stylist that I wanted all of the accessories we used to reflect the “functional elegance” theme we had previously landed on. That’s when Tio Jorge whispered in my non-telephone using ear: “You can’t go wrong with a Birkin. Talk about functional elegance!” I almost dropped the phone as I picked up my jaw from the floor. After all these years, Tio Jorge was finally actually paying attention to fashion. And he wasn’t wrong. We went with the Birkin.

If Tio Jorge knows what a Birkin bag is—the highly-coveted, exquisite masterpiece made by Hermès—then everyone (or nearly everyone) knows what a Birkin bag is, too. Another amazing purse from the French fashion house, the Kelly bag, is equally as popular as the OG Birkin; in fact, both the Birkin and the Kelly handbags aren’t only among the most expensive purses ever sold on the planet, but the thunderous demand for the chic accessories overwhelms the supply in such a dramatic manner that no one can even join a wait list to acquire one (you need massive good luck and/or powerful contacts).

But, I wonder if my uncle or any other expert-level fashionistas are aware of Hermès’ latest must-have/will-kill-to-own bag, Victoria. Earlier this year when Hermès announced this season’s “It” handbag would be made from a leather look bio-textile, it marked a historic new era in couture accessories. The autumn/winter 2021 Hermès Victoria will be made from Sylvania, a leathery fabric created from fungus(!), before being crafted in France into the latest Hermès signature handbag.

The explosive growth of bio-textile lookalikes for leather is clearly being driven by the fashion industry’s efforts to become a sustainability leader. Fashion creates an alarmingly high level of pollution from the manufacturing of the clothing, the use of synthetic fibers, and the use of animal leather in production. Consumers, too, have demanded change with a palpable attitude shift since the global pandemic.

“There’s a huge drive for transparency,” Carmen Hijosa, founder of Ananas Anam, a company that makes a leather-style textile from pineapple, told The Guardian newspaper. “It’s especially important to young people, but we’re all becoming more empathic, we understand that we have to respect nature and be kind to each other.”

So, the call for all of this change has motivated fashion companies to begin developing so-called bio-leathers. Bio-textiles are made either from agricultural byproducts or specially grown crops. Mycelium, the root structure of mushrooms, has become quite the favorite in the luxury industry.

According to The Guardian, Hermès worked with the California-based company MycoWorks to make Sylvania, which uses a technology called Fine Mycelium. This produces a strong cellular material that can be processed to give a luxury leather effect. “It’s more than a new material; it’s a manufacturing breakthrough that gives designers new levels of customization and creative control,” MycoWorks co-founder Sophia Wang, told The Guardian. “Our materials are essentially made to order and there’s complete transparency into what’s being made and how. We control each sheet’s size, strength, flexibility, thickness. This customization creates a range of design possibilities, minimizes waste and ensures consistent quality.”

The boom in bio replacements for leather feels like a perfect match between industry and consumer demand on one hand, and technical innovation and creativity on the other. Nameth went on to say: “We’re in a new era of combining plants with science and design—just like scientists and designers previously have for plastics and leather. It’s a thrilling journey and the results will benefit humans, animals and the environment as a whole.” It’s a journey that has to be taken.

Hermès (or most any other couture palace) is unlikely to swap actual leather for fungi altogether anytime soon—after all, even the Victoria bag has a calfskin handle. So what will cause every industry—including fashion—to finally make the change to sustainable textiles and fabrics? The global environmental impact of our current unsustainable level of consumption is going to force that change. It better—and fast.

Even my sweet and amazing Tio Jorge understands that. You should, too.