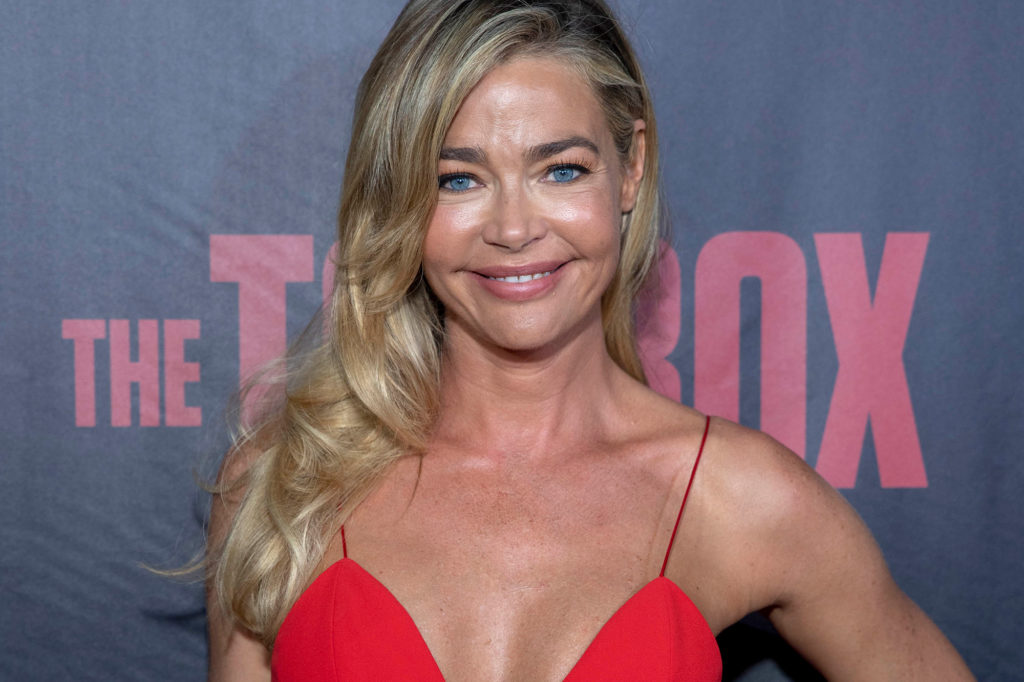 You have to hand it to Denise Richards, the engaging actress — from the really wild Wild Things to unforgettable Bond girl in The World Is Not Enough — and ex-wife to the living embodiment of bad boy on steroids, Charlie Sheen, somehow, managed to upstage all of that colorful past in two short seasons as one of the tony but vicious women on Bravo’s hit show, The Real Housewives Of Beverly Hills. Largely under the radar in her inaugural season (she was all comfy T-shirts and jeans in a sea of couture and glitter madness), her storyline on her second (and last) season on the show was as explosive as any of these shows get. I mean, how do you make people forget Charlie friggin’ Sheen is your children’s daddy? Apparently, by spending some time with ex-Housewife Brandi Glanville.

All this to say that Ms. Richards has, once again, zigged when Hollywood convention is to zag with her launch of CB Me Beauty, her new CBD-infused beauty product line in partnership with Florida-based manufacturer, Canavation Product Group. The actress claims she no longer injects anything in her face, preferring the topical cream from her line. This is how she put it to Refinery29.

“I don’t do Botox or injectables,” Richards said. “I’ve tried Botox before, but really didn’t like it—I felt like someone was smashing down on my forehead. For me, I focus on a great skincare regimen. It’s something I’ve always been passionate about, so I was very excited about the opportunity to make my own line.”

CB Me Beauty launched online with six initial products—a probiotic cleanser, cream-oil moisturizer, retinol serum, mineral sunscreen, neck and décolleté treatment, and eye cream and she was involved in every step of the way

“I didn’t want to just smack my name on a product and say that I used it—I wanted to make something that I actually use,” Richards said. “For example, prior to making this line, I’d always mix my moisturizer with oil, so now I have my dream product in the CB Me Cream Oil Moisturizer.”

Now 50, Denise Richards has endured the harsh glare of Hollywood’s cruel lens for decades, but only now she can fight the trolls and the negative nancys with her own fabulous CBD line. Now, you tell me: How wild is that?