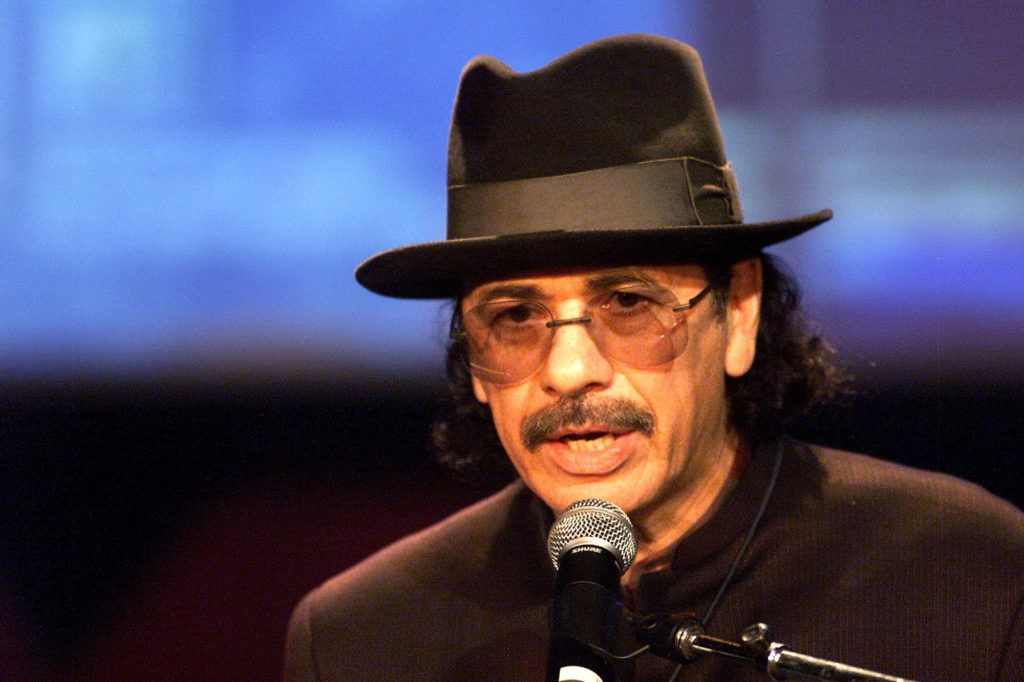 One of the strongest candidates to be in the yet-to-happen rock star “Mount Rushmore,” Carlos Santana has also entered the CBD marketplace in a major way, with a Latino twist. The ten-time Grammy-winning living legend has partnered with Santa Rosa, CA-based Left Coast Ventures to launch Mirayo by Santana that boasts CBD products. According to Santana, his new brand will include topicals with traditional formulations inspired by his own family and influenced by his Latino heritage.

The 73-year-old San Francisco institution is excited to get the word out on his new product line for many reasons, principally among them are (predictably) spiritual in nature. He hopes Mirayo (“my ray”) by Santana will be a part of his customers’ self-discovery journeys. “I’ve always been into a place where I want to turn people on to the recognition that everyone is made with light, and by light,” Santana said to the LA Weekly. “God created us in his image, whether you’re Buddhist, Muslim, you know, whatever your religion.”

Sounds like the Rock ‘N’ Roll Hall of Fame inductee is trying to take all of us to church with Mirayo by Santana. Smooth.