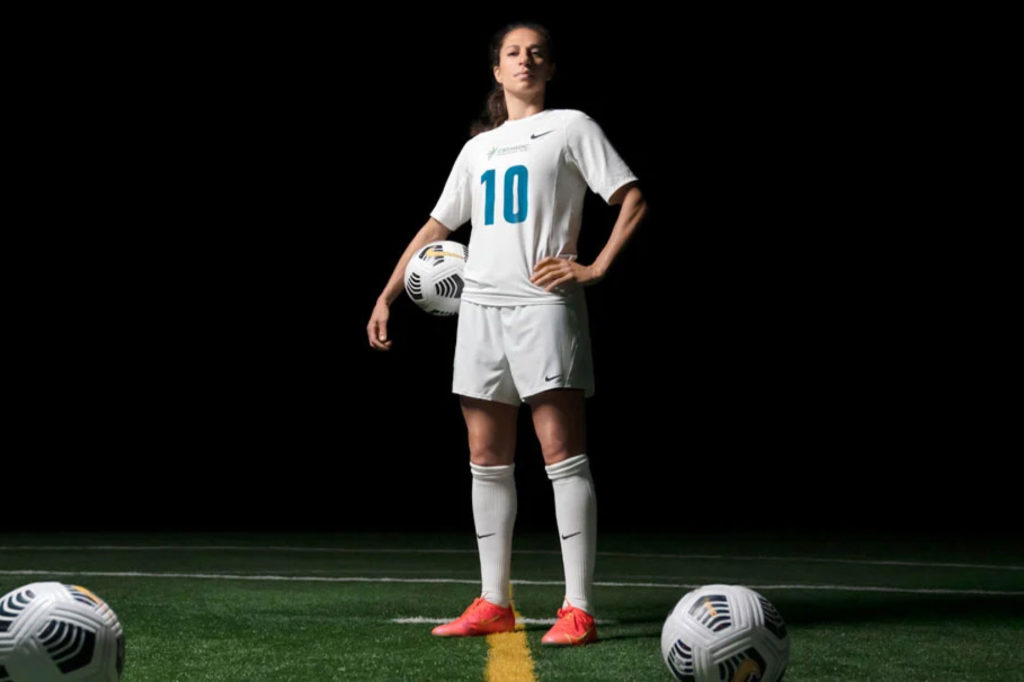 The third soccer player to land on this ranked list’s top seven, Carli Lloyd is nothing less than an American sporting legend. Both a two-time Olympics gold medalist and two-time FIFA Women’s World Cup champion, Lloyd is also only the third player in the planet’s long soccer history to reach 300 international matches (caps) for her country. In short, Carli Lloyd is precisely who you want your soccer-playing daughter to look up to.

But how did the star athlete turn to CBD?

“When my knee injury occurred over the summer of 2020, I had some CBDMEDIC products shipped to me,” Lloyd says. “I said, ‘OK, let’s just try this out.’ I’ve dabbled with all sorts of topical stuff throughout my career. I started putting it on, and I had instant relief. It was crazy because what was happening was breakthrough of scar tissue, post-surgery inside the knee. The CBD was making me feel better and better as I was running.”

CBDMEDIC is the company who also signed Rob Gronkowski to represent them. Wait: Are Carli Lloyd and Gronk the dup we never knew we needed in our lives? CBD, yet again, is healing all of us.