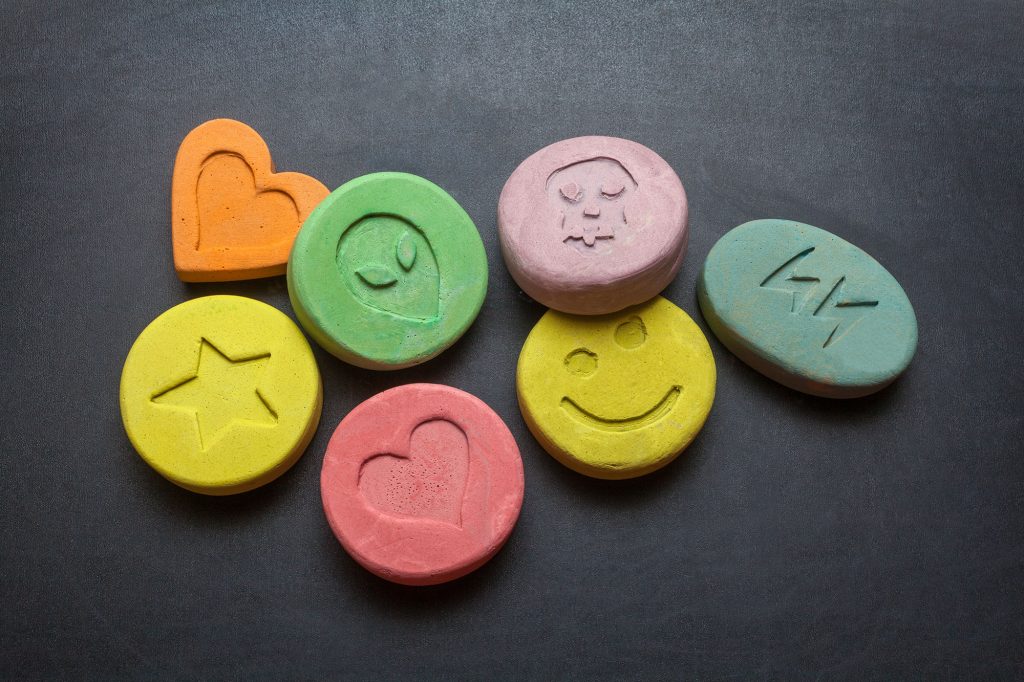 MDMA, more commonly known as ecstasy, is an illegal drug that’s used by many people because of the euphoric rush that it’s able to provide soon after it’s swallowed. This is the reason why MDMA is also known as the ‘happy pill’ because it brings about a blissful sensation that can last for a few hours.

MDMA was synthesized for the first time back in 1912 while developing a drug to control bleeding. While it was initially synthesized by a pharmaceutical company, nowadays, it’s manufactured in uncontrolled and unregulated laboratories. What this means is that there’s really no way of knowing what has been mixed with the MDMA pills.

MDMA is a psychoactive drug, which means that it has mind-altering effects on the user and can disrupt the way a person thinks and behaves. MDMA is considered to be a stimulant that speeds up an individual’s heart rate and breathing, along with speeding up their thoughts and actions as well. Since MDMA has also been known to alter people’s minds and their perceptions, it is also considered by many to be a hallucinogen. MDMA can be used in the form of capsules, powder, and in tablets as well. The drug is normally swallowed, but it can also be injected and snorted.

How Is MDMA Used?

MDMA has been used for many decades before being classified as an illegal substance. It was used for various reasons, especially by psychotherapists, who would often use the drug to help people with exploring their emotions. Even today, there are some people who still use MDMA to gain emotional insight. While the drug has been prohibited for use, it’s a common fixture at parties, raves, and nightclubs.

Once the drug reaches the brain, it increases the release of certain chemicals that are naturally occurring in the brain. These chemicals are crucial to the regulation of a person’s mood and energy levels. This is the reason why people who use MDMA often feel energetic and peaceful and calm at the same time. That said, the effects that are brought about by the drug can vary from person to person. For instance, it’s also possible for a person to feel anxious and nervous instead of feeling happy. Some of the factors that impact the way the MDMA makes us feel includes, past experiences with the drug, our mental and physical state, and the present mood and the surrounding of a person.

It’s important to note that while MDMA can have a harmful effect on one’s well-being, it can also have a positive effect when taken in moderation or under professional supervision. There are many studies that have concluded that MDMA has a negative effect on the user’s memory, and researchers have found a clear link between the use of MDMA and depression.