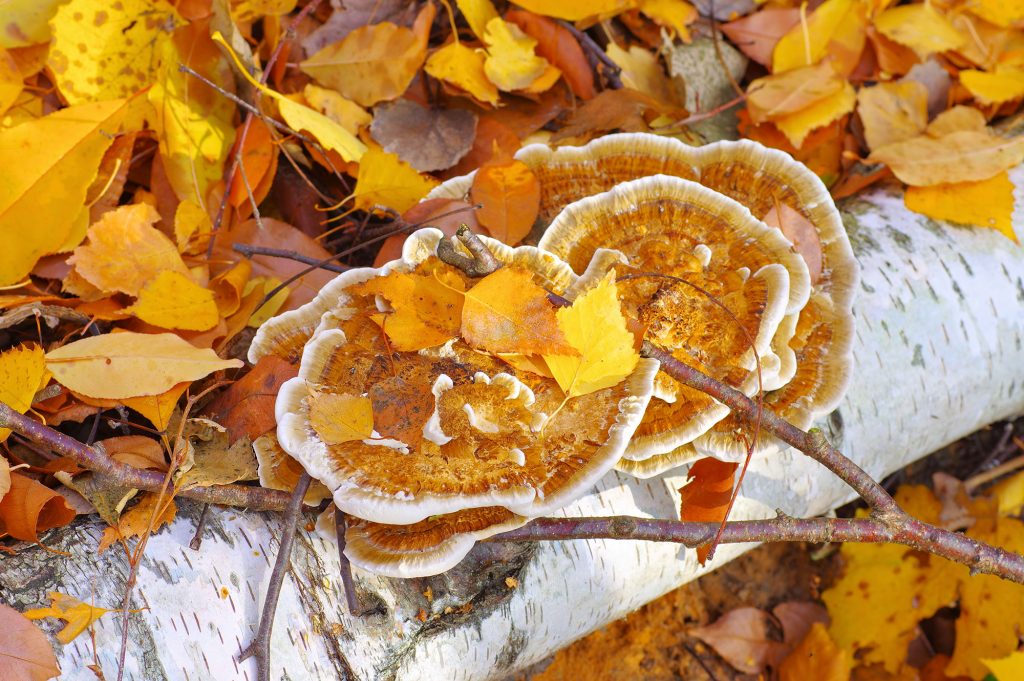 Turkey Tail is a widely used functional mushroom that grows in the forest and can be found in many countries around the world. What makes Turkey Tail so popular is its ability to grow on almost any type of wood. That being said, this variety of functional mushrooms is still considered to be among the most expensive mushrooms that are used for medicinal purposes. One of the reasons behind the high price of the Turkey Tail mushrooms isn’t because it’s difficult to harvest from forests, but because of the many health benefits that are associated with the mushroom.

What Is Turkey Tail?

While Turkey Tail is the more common name of this functional mushroom, it also goes by the names, Trametes Versicolor, Polyporus Versicolor, and Coriolus Versicolor. If you haven’t guessed it already, all three of these names are Latin, which tells you just how important this mushroom is. The Chinese have been using Turkey Tail for centuries for its medicinal properties and refer to it as “Yun Zhi” or “cloud fungus” while the Japanese call it “Kawaratake” or “from the riverbank.”

There are many other mushrooms that resemble the appearance of the Turkey Tail mushrooms, but surprisingly, none of them are poisonous. This, oftentimes, makes it difficult for people to identify the actual Turkey Tail from the lookalikes, which means foraging for them takes a considerable amount of time.

Turkey Tail can also help maintain a balance of the healthy gut bacteria that can prevent disease and promote the overall health of the immune system.

The following are some of the main benefits of using Turkey Tail mushrooms.

Research on the Turkey Tail mushroom has revealed possible benefits for gut health mainly because, like most other functional mushrooms, Turkey Tail also contains a high amount of fiber, which is an indigestible part of plant foods that promotes digestion. Because of the high level of fiber present in these mushrooms, they’re also being studied for possible benefits for gut bacteria. Also, Turkey Tail can also help maintain a balance of the healthy gut bacteria that can prevent disease and promote the overall health of the immune system.

While research in this area is limited, there’s some evidence that using Turkey Tail can help prevent the onset of obesity. This is due to the presence of a protein-bound beta-glucan that helps prevent weight gain.

Turkey Tail mushrooms are being researched for possible cancer-fighting properties. There has already been a number of studies on the effects of Turkey Tail mushrooms on breast cancer and colon cancer, all of which have ended in positive results. However, further investigation is needed before Turkey Tail can be used alongside chemotherapy for the treatment of certain cancers.

While Turkey Tail is known to contain prebiotic compounds that are beneficial for the immune system and digestion, it’s also rich in antioxidant compounds as well. This means that Turkey Tail mushrooms can be used to fight free radicals and keep them from spreading throughout the body.