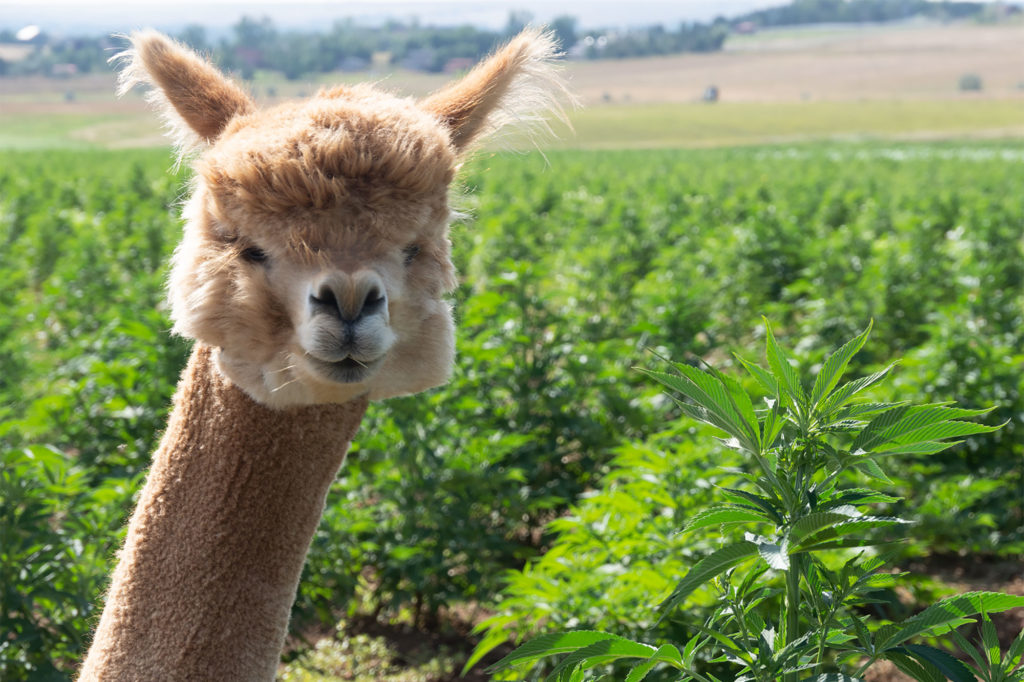 These adorable alpacas are giving goats—and their impressive yoga skills—a run for their money in sheer social media cuteness overload. But what the alpacas who live on CBD company Miraflora’s Boulder, CO-based USDA certified organic farm have in abundance that goats will never have is “alpaca gold,” or manure that’s used as fertilizer. Alpaca poop is golden for the nutrient-rich compost high in nitrogen that’s critical for hemp to grow. Who knew?

“Alpacas are great for fertilizer,” Brent Facchinello, Miraflora’s co-owner and alpaca whisperer, told The Denver Post’s Tiney Ricciardi. “Alpacas are kind of like cats; they only go to the bathroom in one spot. It makes it very easy to collect [manure] and get it back into the soil through those means.”

Miraflora sells everything from CBD-infused beverages, bath bombs, edibles and pet products and now we know it’s partially thanks to the assistance from these fluffy creatures indigenous to South America who go by the names of Burrito, Irish Whiskey, and Jackson Hole.

Proving to be irresistible on social media as well, the @alpacas_hemping TikTok account is chock full of videos that are, frankly, joyful mini movies of cute animals romping around a farm. I mean, who can resist?

Facchinello says that some farmers view alpacas as livestock, but he and Miraflora see them as pets. He even credits the alpacas with the brand’s recent increase in CBD sales. “In any business, you have faces of the business—the alpacas are becoming the face of Miraflora,” he said.

And what a face it is.