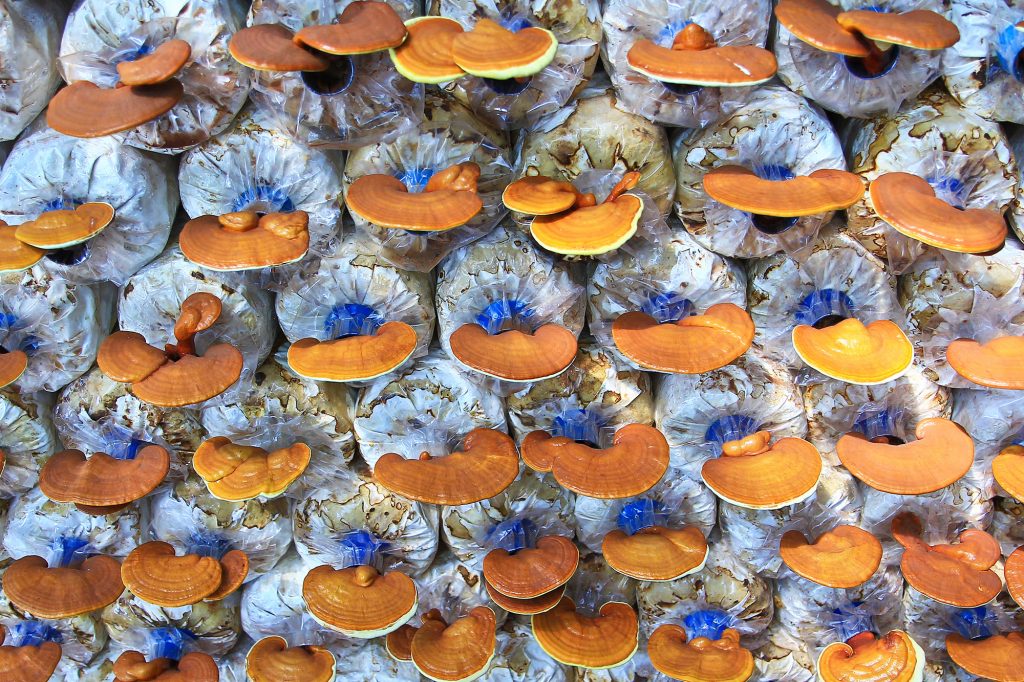 When it comes to highly effective functional mushrooms, Reishi is a name that’s right at the top of the list. Reishi has been used in Eastern cultures for the past 2,000 years and is still extremely popular not only in the East, but also in the US as well.

Reishi or “Ganoderma Lucidum” is known for its kidney-shaped caps and its red and brown hue, which helps distinguish it from other mushroom species. This mushroom grows on trees and can be found in forests in the US, South America, Europe, and Asia, and can reach up to lengths of up to eight inches.

Reishi mushroom is considered to be an important component in traditional medicines in China and Japan, as well as other Asian countries where the mushroom has been used for its medicinal properties for thousands of years. Reishi is basically used to help stimulate the body’s immune system, increase overall energy in the body, and for overall improved health.

While Reishi has been used in Eastern cultures for an eternity, it wasn’t until the past few decades that Reishi gained popularity due to the discovery of its many medicinal properties by Western countries. Some of the most popular benefits of using Reishi mushrooms are that it helps boost the immune system and can also be beneficial in treating cancer, hypertension, hepatitis, and arthritis, among others. While Reishi isn’t considered as a stand-alone treatment for any of these illnesses, using it can apparently help soothe some of the discomfort that is felt by those who have these medical conditions.

While Reishi is considered to be a superfood and is found in supplements, special care must be taken when it comes to the dosage, which can vary depending on the type that’s used. The dosage when consuming the mushroom itself should be around 25 to 100 grams. Reishi mushrooms can also be used in the form of an extract, where the dosage will be around ten times less as compared to the dosage when consuming the mushroom whole. It should also be noted that in some supplements, only certain portions of the extract are used, which means a much-lowered dosage as when taking the extract or the mushroom itself.