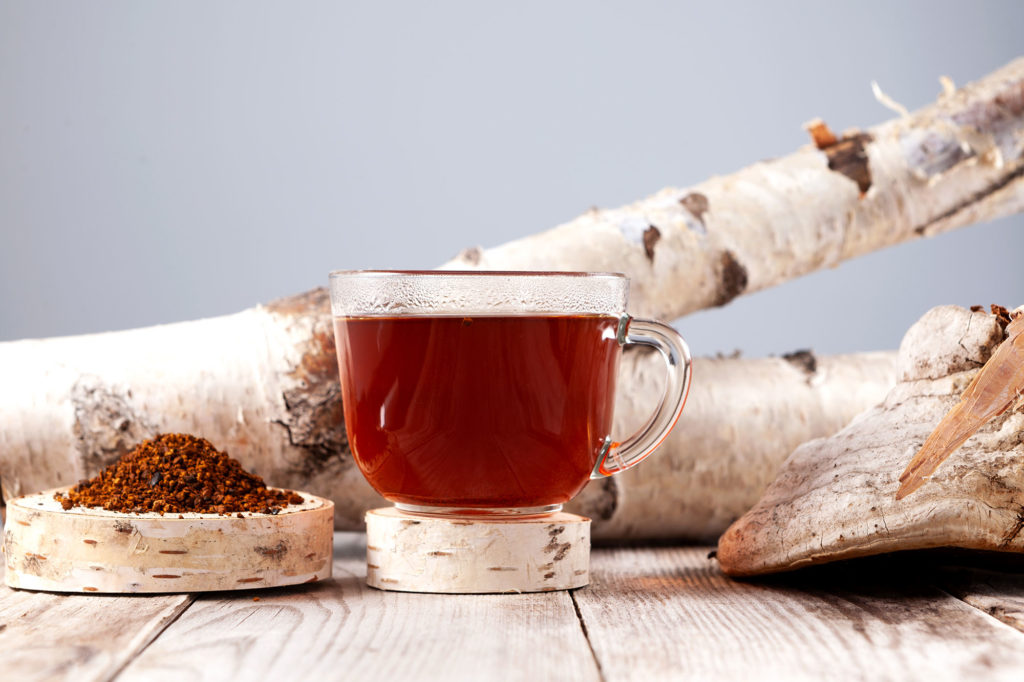 The benefits of mushrooms have been long recognized throughout centuries. They were actually used first in the Eastern Hemisphere for centuries; estimates have found traces that date all the way back to 200 AD in China.

Jenya Di Pierro, the founder of Cloud Twelve, explains that mushrooms were “classified in the superior category of herbs. They were used to increase life span, prevent any kind of illness, improve cognitive function, treat infertility and give fortitude and bravery. In fact, functional mushrooms were referred to as ‘herbs for the immortals’.”

Academy Award-winner Anjelica Huston told British Vogue that she drinks a brew made with energy-boosting functional mushrooms each morning, elaborating, “I very much like this mélange of fungi that I’ve been taking instead of coffee or tea in the morning. I drink a combination of six different kinds: cordyceps, lion’s mane, maitake, tiger tail and chaga. They come in powder form, and I do a couple of teaspoons of all of them with lemon and hot water.”

“Most mushrooms have multiple benefits including anti-aging, detoxifying, hydrating and brightening effects.”
–Elina Fedotova, founder of the Association of Holistic Skin Care Practitioners and Elina Organics

The ‘shroom boom’ in skincare and wellness markets occurred due to many consumers and brands becoming increasingly interested in the benefits of using functional mushrooms. Cult Beauty found a 480 percent increase in skincare searches and supplements containing functional mushrooms. Key components such as reishi and shiitake can ease stress and boost immunity. Reishi is often called the ‘mushroom of immortality’ that can ensure a healthier immune system and even lower blood pressure. The chaga mushroom also offers medicinal properties including alleviating arthritis, lowering blood pressure and sugar and reducing inflammation.

Obviously, not all types of mushrooms provide the exact same benefits. The founder of the Association of Holistic Skin Care Practitioners and Elina Organics, Elina Fedotova, says, “Most mushrooms have multiple benefits including anti-aging, detoxifying, hydrating and brightening effects.” The amazing levels of antioxidants can help eliminate radical damage that’s often caused by exposure to pollution and the sun.

To brighten your skin, you can benefit from the kojic acid that’s found in shiitake, oyster, and many other varieties of mushrooms. Kojic acid can slow pigment production and thus, slow down hyperpigmentation. Many other mushroom varieties can also boost skin hydration, such as truffle mushrooms that contain ceramides. This can maintain your skin barrier and lock in hydration. Tremella mushrooms also have water-retaining effects and are used popularly in Japan and China.

By the sound of it—and the fact the beauty industry has now re-discovered the amazing benefits of including functional mushrooms to many of their antiaging products—the shroom boom isn’t going anywhere any time soon; in fact, it’s booming all over again.