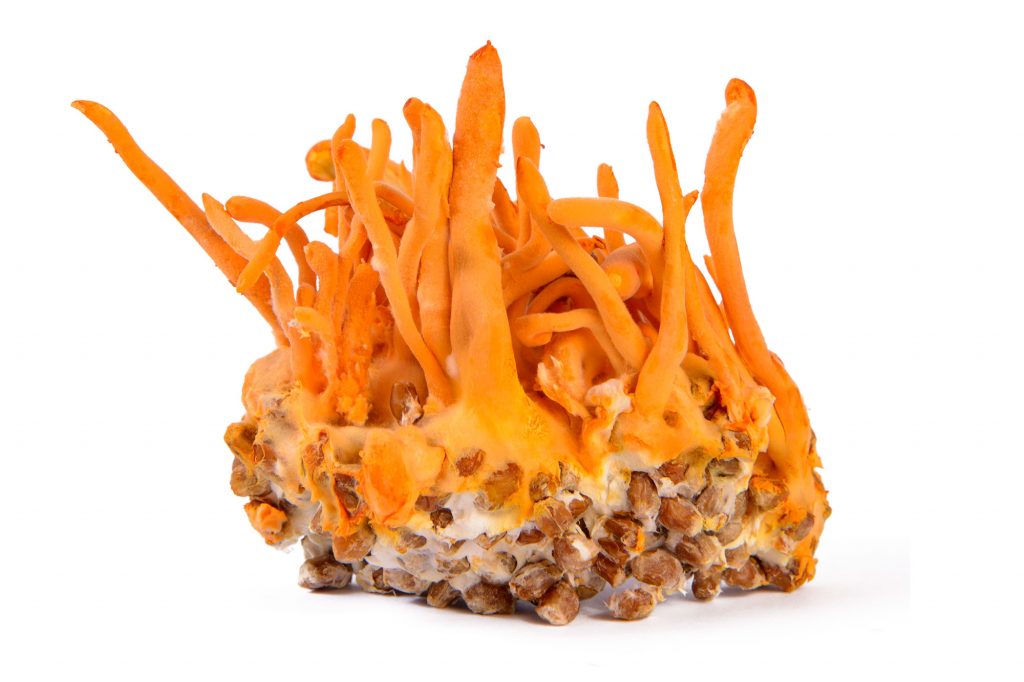 When you think about functional mushrooms, or mushrooms in general, the image of cordyceps probably doesn’t spring to mind. That’s because of their strange appearance, which doesn’t look at all like the traditional mushroom. When it comes to functional mushrooms, cordyceps are right there among the top picks, and for good reason. Here, we’re going to take a closer look at these mushrooms and find out what all the fuss is about.

Cordyceps have been used in traditional Tibetan medicine for centuries. These mushrooms are widely regarded for their ability to treat a variety of different illnesses and ailments that range from the common cold and flu to cancer. The first people to discover the medicinal properties of cordyceps were herders in Tibet, who noticed how their livestock apparently grew stronger after eating these mushrooms. Cordyceps mainly grow in the grassy plains of the Himalayas, which is the reason why these mushrooms are also locally known as “Himalayan Gold.”

What really makes cordyceps unique is that they’re a parasitic fungus. That’s right, as in, they attach themselves to a particular caterpillar and eat it; it then forms a long stem that grows from the larva. This stem can be up to six inches in length and is quite a gruesome sight.

If that has put a bad taste in your mouth, there’s some good news. Not all cordyceps grow straight out of the head of a dead caterpillar in the mountains of the Himalayas. The cordyceps that are found in supplements and protein shakes nowadays are homegrown and are 100% vegan since they come from the actual fruiting body.

Traditional medicine men and healers believed that cordyceps could treat any illness. While this isn’t entirely true, using cordyceps does come with some health benefits. The following are some of the alleged benefits of using cordyceps.

According to studies, cordyceps are a rich source of antioxidants, which is known to fight off the damage caused by free radicals. In one study, cordyceps were linked to improved brain function and a significant increase in antioxidants in the blood, which helps to slow down the aging process.

In the human body, inflammation usually occurs when the body is trying to defend itself from an infection or injury. Chronic inflammation is caused by the body’s natural healing process that lasts too long. Once the immune system is weakened, the body feels threatened and starts to attack nearby organs, which is the main cause of most chronic diseases. Studies have shown that cordyceps have certain anti-inflammatory properties that help decrease any inflammation.

There have been some studies that have shown that cordyceps may help to reduce bad cholesterol or LDL cholesterol, which is normally associated with heart disease. In fact, cordyceps are widely used for the treatment of arrhythmia in China and are approved by the Chinese government. While there are many other health benefits of using cordyceps, more research is needed to find the true potential of these unique mushrooms.