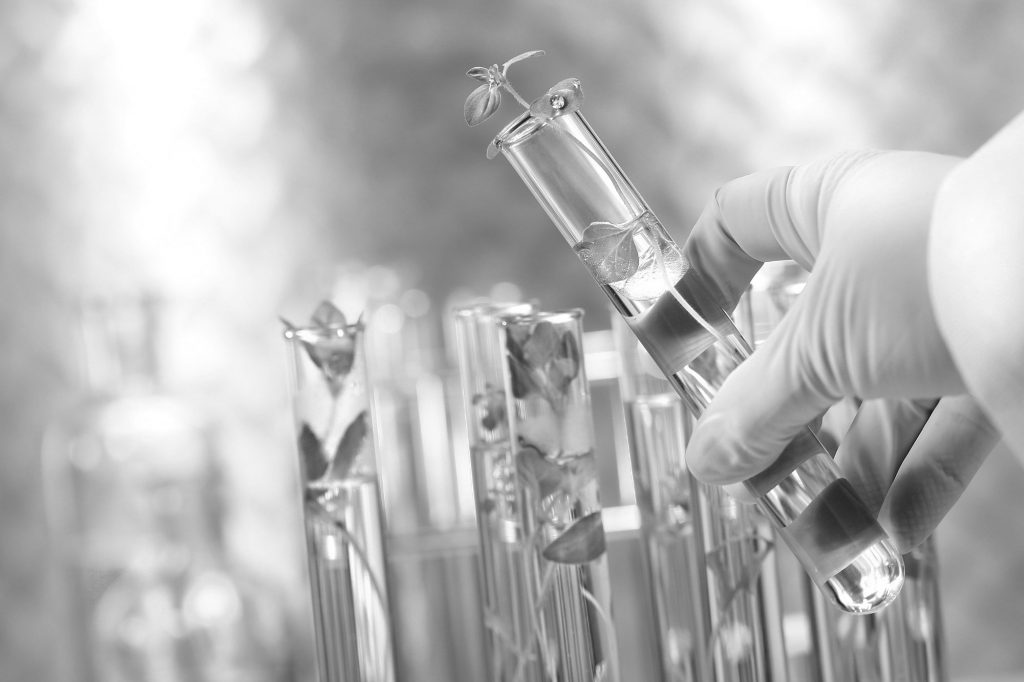 There are several new studies recently released that reach conclusions about CBD and several conditions including childhood insomnia, migraines, weight loss and depression. Below, PuraPhy breaks down the findings of the aforementioned studies.

Getting a good night’s sleep is extremely important for maintaining a healthy body and lifestyle. But, while sleep is not something many of us have to think of, for some people getting adequate sleep can be a real challenge. According to recent reports, insomnia, and other sleeping disorders affect around 70 million people in the US. What’s worse is that sleeping disorders don’t only occur in adults, but is also prevalent in children as well. When children aged between 11 and 15 years old were asked, around 76% reported occasional problems while sleeping, with 12% of children admitting that they have problems sleeping every night.

There have been many studies on the adverse health effects of not getting proper sleep during night time, and while inadequate sleep can have a negative impact on adults, it can also have the same effects on children who are unable to sleep or stay asleep during the night.

The study found that using CBD/hemp oil was effective in improving the quality and the amount of sleep that one is able to get during night time. But, more importantly, the study was conducted on children, which means that using CBD isn’t only useful for the treatment of insomnia and other sleeping disorders in adults, but can also be used for children as well.

Keeping the importance of sleep in mind, a recent study has found that using CBD/hemp oil can be effective in improving one’s quality of sleep. The findings were recorded in a case study that was published in The Permanente Journal in 2016. The study found that using CBD/hemp oil was effective in improving the quality and the amount of sleep that one is able to get during night time. But, more importantly, the study was conducted on children, which means that using CBD isn’t only useful for the treatment of insomnia and other sleeping disorders in adults, but can also be used for children as well.

One of the ways in which CBD is helpful in improving the quality and quantity of sleep is that it lowers levels of stress and anxiety, the leading cause of sleeplessness, and not to mention a plethora of other ailments, according to the study.

Cannabidiol, which is the active ingredient in all hemp-derived products, is one of the main compounds in the hemp plant out of nearly 120 other different cannabinoids. Cannabinoids are effective in helping treat symptoms of sleeping disorders because they interact with the endocannabinoid system in our bodies. This helps the body maintain a healthy balance and stability during rest, which is also known as homeostasis.

CBD/hemp oil can be effective in treating sleeping disorders such as insomnia and sleep apnea in both adults and children that are caused by external factors such as medication, which can hinder the body’s sleep-wake cycle, and environmental factors such as uncomfortable bedding and loud noises.

As we mentioned, cannabidiol is one of the 120 known substances found in the hemp plant. While there have been quite a few health benefits associated with hemp oils and tinctures, such as, for the treatment of sleeping disorders and pain, another advantage of using CBD is that it could relieve, and in some cases, even prevent migraines, according to a new study.

While CBD/hemp oil might have been legalized only recently, it has been used for thousands of years for the treatment of headaches and various other illnesses. Cannabidiol, more commonly known as CBD, is a substance that’s not only found in the hemp plant, which is why it has gotten a bad rap in the past. This was mainly because of the fact that the cannabidiol that came in other products was also accompanied by tetrahydocannabinol or THC, which is the substance that is responsible for producing certain psychoactive effects in people. However, what makes CBD different is that it only contains a minute amount or no THC, which means that you get the same medical benefits without having to bother about the harmful side effects.

Of course, CBD has been associated with multiple health benefits, but scientists have now discovered that CBD/hemp oil could also be effective when it comes to the treatment and possibly prevention of migraines. At least, these were the findings that were revealed in a study during the 3rd Congress of the European Academy of Neurology, which was held recently in Amsterdam.

The study, which was carried out by a team of scientists, concluded that using cannabinoids could be just as effective for the treatment of acute cluster headaches. But, the study also added that using CBD to prevent migraine attacks could only work if the patient had experienced migraines in the past.

According to stats released by the Migraine Research Foundation, migraines are one of the three top prevailing illnesses in the world. There are around 1 billion people worldwide that are affected by migraines, with 38 million living in the US alone. So, it’s safe to say that migraines are a major issue of concern for medical experts. While some people might consider a migraine to be as simple as a headache, it could have some serious consequences. Severe migraines can also disrupt normal everyday living and affect one’s professional life as well as personal life if left untreated.

Keeping that in mind, this new study shines some hope for all those people who are suffering from migraines and are looking for an effective treatment for the recurring pain. What makes this study promising is that unlike other treatment options for migraines, using CBD doesn’t come with any side effects. While further research into the effectiveness of CBD/hemp oil in treating and preventing migraines is needed, for those who are suffering from migraines, this is one treatment they should definitely look into.

According to research, two out of every three people in the US are either morbidly obese or overweight. Excess weight has been linked with numerous health issues such as diabetes, high blood pressure, and cardiovascular disease. With the majority of studies geared towards adopting healthier lifestyles, such as a healthy diet along with regular exercise, now the focus is turned towards the possible use of CBD for regulating weight.

A study that was carried out recently has discovered that CBD/hemp oil could be helpful in regulating feeding behavior, which could consequently result in weight loss in those who are obese or overweight.

A major reason why researchers are focusing on cannabinoids found in CBD, and more specifically the CB1 receptor, is because there have been previous studies that have shown that CB1 receptors can interact with the receptors in the brain and lymphoid tissue, and thus can play an important role in regulating a person’s food intake and metabolism.

The endocannabinoid system is a set of fatty acid-based hormones and neurotransmitters that are present in the body that help regulate communication in the nervous system. It’s used to regulate various functions of the body, including metabolic, neurological, and the immune system. The review, found that the cannabinoid receptor type 1, otherwise known as CB1, found in the hemp plant, is one of the most effective target molecules of all cannabinoids. This receptor also happens to play a vital role in helping regulate feeding behavior.

In the past, there have been several studies on the CB1 receptor, but unfortunately, none of them were successful. However, thanks to the advancements in modern technology, and the recent surge, or interest in CBD for its medicinal properties, more studies are being carried out on the various uses of CBD.

The latest CBD/hemp oil studies indicate that the CB1 receptors in CBD can help regulate food intake and also boost metabolism, which can result in quicker weight loss. A major reason why researchers are focusing on cannabinoids found in CBD, and more specifically the CB1 receptor, is because there have been previous studies that have shown that CB1 receptors can interact with the receptors in the brain and lymphoid tissue, and thus can play an important role in regulating a person’s food intake and metabolism.

While further research on this aspect of using hemp for weight loss needs to be conducted, it’s safe to say that considering the various other health benefits of using CBD/hemp oil, it could be the future of weight loss methods that actually works.

The perpetually growing amount of interest in CBD is understandable. While CBD/hemp oil has been used for more than a thousand years to treat various illnesses, it wasn’t until recently that it was legalized. The popularity of CBD and hemp-derived products is projected to grow further as more people discover the many health benefits of using hemp.

What sets CBD apart from the other substances that you can use to get a healthy dose of cannabidiol is that while others come with unpleasant side effects, CBD/hemp oil doesn’t contain any side effects. This is mainly because CBD contains little or no THC, which is the compound known for its mind-altering effects. While using CBD/hemp oil, you get to take advantage of all its medicinal benefits without having to worry about any side effects. Since the CBD market is still relatively in its infancy, we’re seeing more products hit the shelves with science-backed claims of treating everything from pains and inflammation to insomnia and depression.

Another medical benefit of using CBD/hemp oil in one’s daily routine is that it also works to reduce stress and anxiety. In the US, more than half of those who report feeling stressed out also report having to deal with long bouts of depression. Out of all the people who admitted to feeling stress at some point in their lives, more than 16% of them admitted towards thoughts of self-harm. While discussing mental health was considered a taboo in the past, nowadays, people are able to speak more openly about their mental health issues before it’s too late. In fact, all of us know at least someone who is or has been suffering from mental health issues, which means that there are many people who are silently suffering from stress and the psychological effects that come along with it.

A study that was conducted recently looked at how CBD could have the same effects on people who are experiencing depression as over-the-counter anti-depressant medication. The results were positive and somewhat expected by many who were already privy to the possible health benefits of using CBD for treating anxiety and depression.

The study looked at the possible effectiveness of CBD/hemp oil when it came to reducing levels of stress and anxiety in patients who were suffering from depression. The results found that participants who were given a single dose of CBD experienced the same soothing effects as when taking anti-depressant medication. This has opened up new possibilities towards the use of CBD/hemp oil as an anti-depressant, which means we could see CBD being used as a safe alternative to traditional over-the-counter anti-depressants.