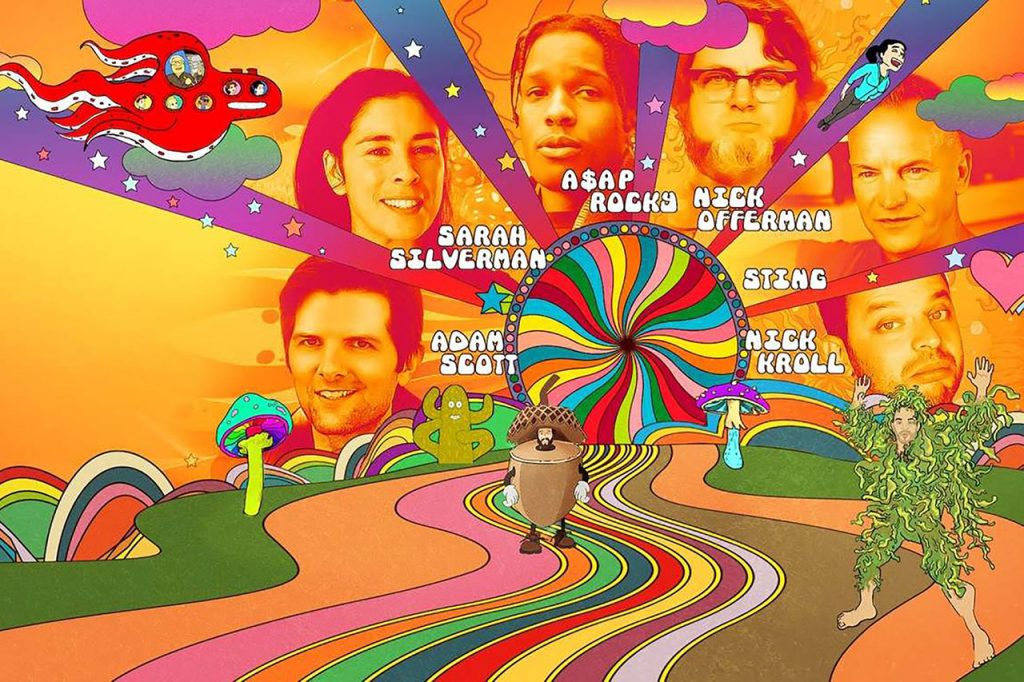 There have been many documentaries and short films on the wonders of getting high, but none have come close to putting together an impressive array of celebrities from singers to actors and comedians who share the experience of their first time tripping on drugs. Comedy writer Donick Cary is the brains behind the popular documentary Have A Good Trip: Adventures In Psychedelics which brings together well-known stars from all walks of life to open up about their personal experiences with psychedelics.

Cary has been a lifelong comedy writer and as someone who has an amusing backlog of interesting stories to tell, knows that some celebrities have the same off-the-cuff, amusing stories to tell about their experiences with psychedelics. The result is a non-stop collection of well-crafted and extremely revealing interviews of celebrities who share their recollections of their first time using psychedelics.

The presumption behind this new documentary, Cary says, is that if you find interesting people and follow them around, something interesting is bound to happen. The compilation of celebrities that have made the list include Sarah Silverman, Sting, Bill Kreutzmann, Ben Stiller, ASAP Rocky, and many others.

The interviews that have been included in the doc have been recorded over the past decade and is chock full of some amazingly talented people who get real about their colorful anecdotes with psychedelics. The presumption behind this new documentary, Cary says, is that if you find interesting people and follow them around, something interesting is bound to happen. The compilation of celebrities that have made the list include Sarah Silverman, Sting, Bill Kreutzmann, Ben Stiller, ASAP Rocky, and many others.

The experience shared by these celebrities run the gamut from being transcendent to euphoric and downright bananas, which makes for an amusing 90 minutes or so. Bill Kreutzmann, the drummer for The Grateful Dead, recalls the time when he had a little too much LSD just before going on stage and the interesting breakfast he had at his parent’s place right after the show, complete with gyrating eggs and dancing sausages. Another interesting story comes from Sting, who shares about the time he ended up consuming one too many dried peyote and helped a cow give birth on his farm. The late Anthony Bourdain can also be seen sharing a story about his first experience with mind-altering substances. Silverman learns why learning to drive on acid isn’t a great idea. Carrie Fisher is another A-lister who appears in the film posthumously.

It’s clear that while the stories are amusing and fun for the viewers, it was anything but for its creator, who would have had to be at the mercy of the changing schedules of more than 100 celebrities. Cary recently mentioned what a nightmare scheduling was while trying to accommodate all of the famous stars who are featured in the documentary. For instance, Cary had to wait eight or nine months to score an interview with Sting. While Cary admits that some of the interview clips could be used in the documentary for various reasons, he still managed to put together an impressive roster of celebs who share about their first time using psychedelics, which makes for a truly interesting and entertaining watch.

Do we have to say it? OK… Time to Netflix and chill out, man!