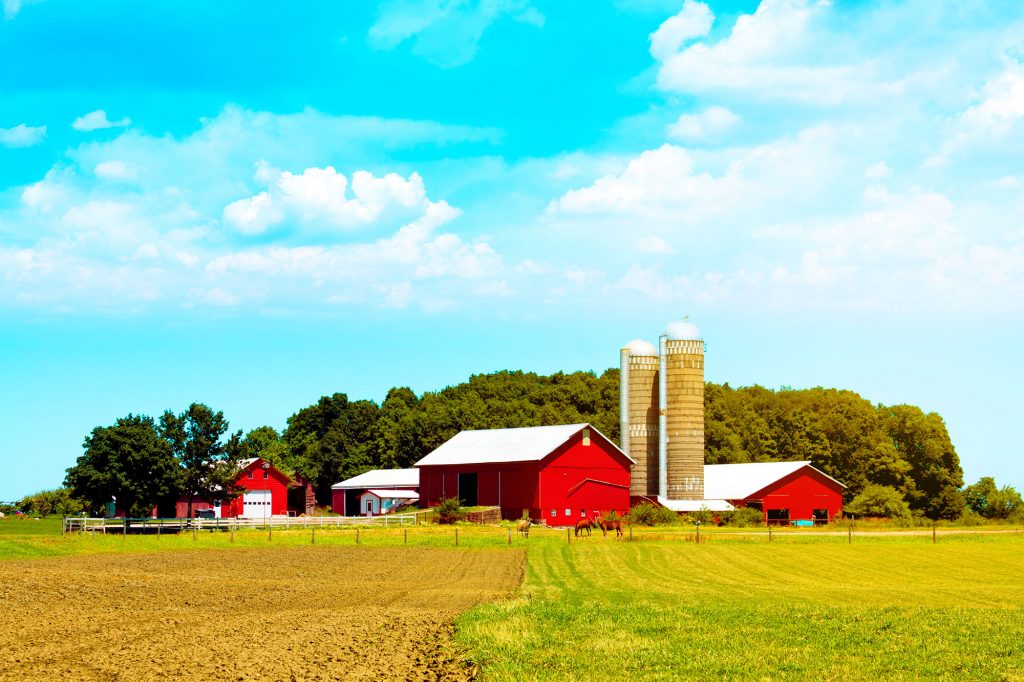 Ever since the passing of the 2018 Farm Bill, farmers in the US are seeing dollar signs and for good reason. Hemp is a great alternative to the traditional corn that’s being grown by the majority of farmers, mainly because hemp uses less water as compared to many other crops, which makes it an economical option for many farmers across America. Also, as the demand for hemp oil/CBD and hemp-based products grow, it’s estimated that more farmers will enter the industry, which is a win-win situation for the businesses, farmers, and consumers.

According to the US Department of Agriculture, the land allotted to hemp farming has quadrupled ever since the passing of the 2018 Farm Bill by the Trump Administration. As of today, it’s estimated that more than 511,000 acres of land will be used to farm hemp. That’s a significant jump from the modest 9,770 acres used to grow hemp in 2016.

For those of you who don’t yet know, hemp is a variety of Cannabis Sativa, which is the same species as the marijuana plant. However, it doesn’t contain the psychoactive substance THC, which is responsible for mind-altering effects. According to the legislator governing hemp oil/CBD and hemp-derived products, all hemp products shouldn’t contain more than 0.3% of THC for them to be legal.

Some 17,000 state licenses have been granted to farmers for the cultivation of hemp. That coupled with the fact that the US Department of Agriculture is all set to release their hemp oil/CBD legalization regulations soon, and it is safe to say that hemp farming is here to stay.

Following the passing of the Farm Bill, many states enacted their own laws that legalized hemp, and more are said to follow suit since hemp/CBD has been removed from the Controlled Substances Act. So far, the only states where hemp oil/CBD still isn’t legalized are Mississippi, South Dakota, New Hampshire, and Idaho.

Some 17,000 state licenses have been granted to farmers for the cultivation of hemp. That coupled with the fact that the US Department of Agriculture is all set to release their hemp oil/CBD legalization regulations soon, and it is safe to say that hemp farming is here to stay. Also, US Senate Majority Leader Mitch McConnell and Minority Leader Chuck Schumer are pushing for the FDA to consider hemp oil/CBD as an ingredient in food products and supplements, which is definitely going to further grow an interest in hemp-derived products. Needless to say, in today’s highly polarized political climate, it’s unusual to see such megawatt bipartisan support for CBD legislation to become law.

It’s easy to see that while once frowned upon, hemp oil/CBD is now championed by lawmakers, legislators, and the public. With its new-found government support, legal hemp farming is going to be the preferred choice for farmers who are looking to diversify their portfolio.

That being said, there are still going to be some speed bumps on the road ahead that farmers will be faced with, especially since there’s no government-based harvest insurance for growing hemp and many banks are also avoiding the hemp industry until financial legislators and the FDA can distinguish legalized hemp from illegal substances.

This is exactly so many lawmakers—on both sides of the political aisle—are pushing for, which will have implications far and wide in the hemp industry. But more importantly, it will give more farmers the confidence to grow hemp without the sword of uncertainty hanging over their investment.

In the meantime, some hemp farmers are getting creative in their avoidance of governmental oversight. Enter: hemp fiber.

While the legal status of hemp has changed and it has been removed from the Schedule 1 controlled substance list, you’d think that more farmers would want to grow hemp to be used in edibles, beverages and supplements. While many farmers have shown interest in supplementing their initial farm crop for hemp, there are some states where hemp farmers have decided to stick with hemp fiber, which is the outer layer of the hemp seed.

Indiana is one such state where farmers have shown a growing interest in hemp fiber. According to published reports, the absence of federal hemp production laws and guidelines has led many farmers in Indiana to stick to hemp fiber farming instead of expanding their portfolio.

According to the Office of Indiana State Chemist, the state has issued 130 licenses to farmers in 2019. This means that more than 5,300 acres of land has been used for outdoor products and 400,000 square feet of indoor production space has been allocated for the production of hemp in Indiana.

The state also made headlines recently when a federal judge revoked the state’s initial ban on smokable hemp, which the judge said was unconstitutional. Even with this lax state of affairs regarding hemp in Indiana, more than half of farmers in the state have opted to plant fiber varieties, with just 15 percent growing hemp for grain.

Various reasons have been linked to the disinterest of hemp farmers and hemp flowers or grain production. Severe weather conditions such as rainfall being well above what is normally expected in the state has led many farmers to rethink growing hemp. Since it requires a lot less water as compared to other crops, the above-average rainfall has proven to be dangerous for the hemp crop.

Apart from the weather conditions, there are also planting challenges that farmers are faced with. For instance, the excess in rainfall during the months of May and June resulted in a delay in hemp planting in most farming regions across the state of Indiana. This means that many farmers who were planting hemp flowers could not plant until the end of July.

According to the farmers in Indiana, other challenges that make them focus on hemp fiber are insect and disease pressure, such as southern blight, leaf spots, and white and gray mold.

While many farmers have reported various challenges with growing hemp in Indiana this year, the annual reports that growers submit at the end of each year should provide a better idea of the reason behind hemp farmers focusing on fiber—at least in Indiana.

It’ll be interesting to see how many other hemp farmers in other states do precisely what so many farmers have done in Indiana: make lemonade out of lemons, hemp style.