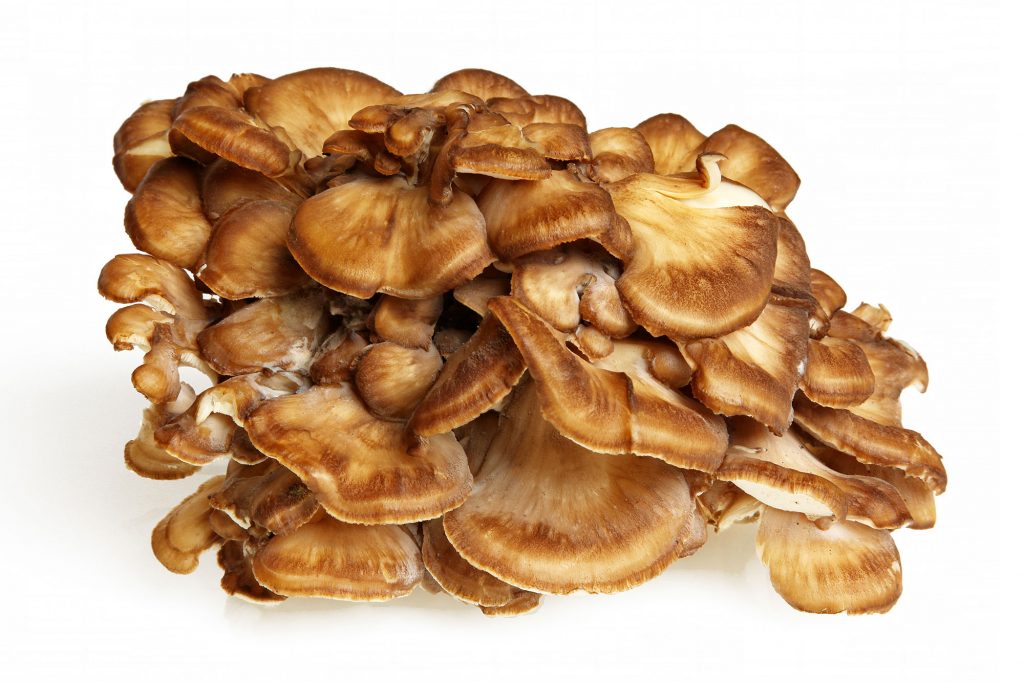 The functional mushroom known as Grifola Frondosa, or more commonly as Maitake, is native to China, parts of North America, and Japan. This mushroom grows at the base of elm, maple, and oak trees, which makes them easy to pick. Maitake mushrooms are capable of growing to 100 pounds, which has helped it earn the mush deserved title of “King of the Mushrooms,” and it’s easy to see why.

Soon after its discovery, Maitake turned into a sort of delicacy and became an integral part of both Japanese and Chinese herbologists. The Chinese used Maitake for its restorative and therapeutic properties, especially when it came to improving stomach health and the health of the spleen. When used in gourmet meals, Maitake is considered to be a top-shelf ingredient that’s used to add that amazing umami flavor to any gourmet dish. Apart from that, Maitake is also considered to be one of the superior functional mushrooms that’s available in the market since it’s full of bio-active polysaccharides, which are highly supportive of the body’s immune system.

How Is Maitake Grown?

During the late 1970s, Japanese mycologists started the world’s first indoor and outdoor cultivation of Maitake, which has helped to make it one of the most used mushrooms in the planet today. Maitake is a polypore mushroom which means that the pores are under the cap rather than on the gills.

Maitake grows on the forest floor at the base of large trees in beautiful overlapping fronds, which has given it the nickname, “hen of the woods.” While the mushroom has been popular in China and Japan, it’s also widely harvested in the US as well. While it’s a bit more difficult to cultivate, as compared to other functional mushrooms, with the right technique, it’s possible to cultivate Maitake at scale.

One of the key benefits of Maitake is that it’s considered to be a powerful immune system modulator. In fact, one of the bio-active protein-bound polysaccharides called Maitake D-Fraction has been widely studied because of its potential to help alleviate the common side effects of chemotherapy. The Maitake mushrooms also provide immune system support, blood sugar support and also show promise in helping women with polycystic ovarian syndrome.