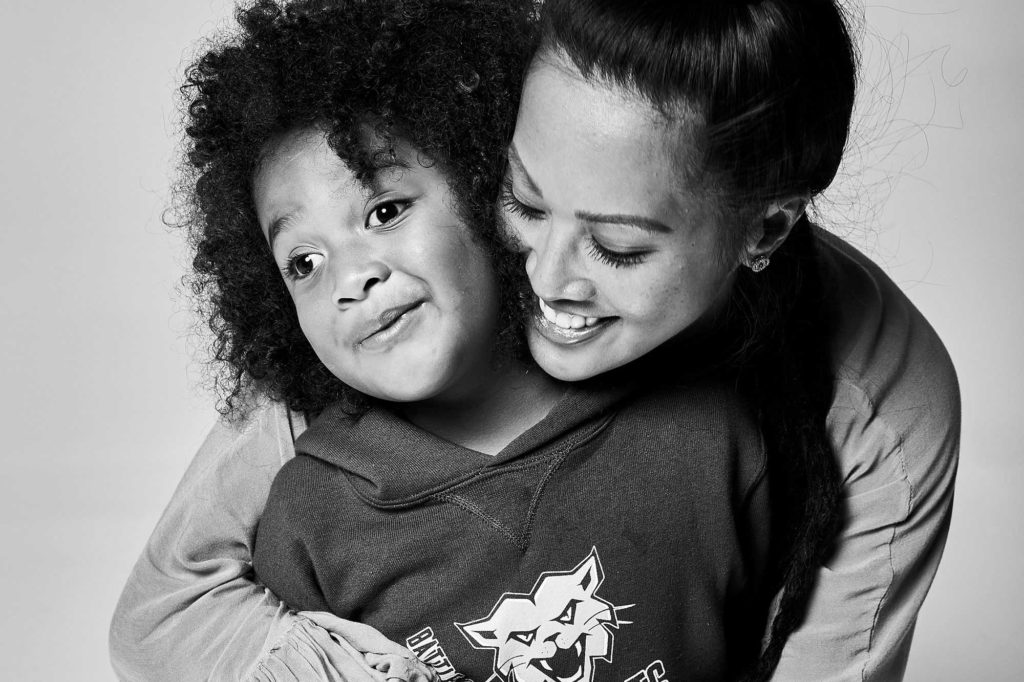 The first time I heard about Dr. Annabelle Manalo-Morgan’s son Macario and his nearly unbelievable, miraculous story, two unrelated questions immediately came to mind: 1. Is Macario’s experience the catalyst the scientific community was looking for to spur real change and acceptance regarding CBD?; and 2. Does Macario have a good agent to get his story sold in Hollywood? I mean, the kid’s story is that good.

But before we get to the heart of this tale, a little context is necessary, beginning with Macario’s impossibly impressive parents: Dr. Annabelle Manalo-Morgan and Roy “Gramps” Morgan. Let’s start with mom, shall we?

Dr. Manalo-Morgan’s bio reads like the life experience you’d make up for yourself if you could just say anything to reinvent yourself. A Canadian native, Dr. Manalo-Morgan is nothing less than a respected scientist, university professor, celebrated author and, if all of that wasn’t enough, she’s also the mother of five. Tired yet?

Universally known as “Dr. Annabelle,” she completed a National Institute of Health (NIH) clinical trial certification and began her graduate work at Georgetown University in neuroscience. Dr. Annabelle also holds a doctorate in cell and development biology from Vanderbilt University and focuses on genetic mutations that mimic the offset effects that chemotherapy has on heart disease. We’re just getting started, people.

Dr. Annabelle has also presented and published on cardiotoxicity as well as on cardiac mesothelium. Starting her own company, Masaya Medical Inc. in 2019, the good scientist regularly consults on legislation and multiple clinical trials around the globe while tirelessly advocating as an international speaker for implementation of precision-based medicine backed by scientific rigor. It’s a lot—a lot, a lot.

Her husband, brilliantly, isn’t perhaps whom you’d expect to be married to this dynamo of a neuroscientist who gave a rousing lecture at a recent TEDxNashville, but you’d be wrong. Roy “Gramps” Morgan is a reknowned reggae singer, instrumentalist, producer and recording industry executive. Macario’s parents, as one can deduce quite easily, are both overachieving, multi-hyphenate talents to a ridiculously impressive degree.

As parents of five young children, even well before their life-changing journey with Macario’s health, these remarkable human beings truly embodied the term “power couple” and were living proof that you can indeed (almost) have it all: the jaw-dropping career and a postcard-perfect family. Then, overnight, Macario shook up his parents’ busy, shiny reality. And how.

In the interest of clarity, I caught up with Dr. Annabelle and asked her to tell her story in her own words. She has experience with this as she recently completed her book Mighty Flower: How Cannabis Saved My Son (Forbes Books). Her son’s story is a stark reminder that no one ever knows the private struggles and challenges so many of us endure privately. The gorgeous Benetton-ad-looking Morgan brew, the very embodiment of outward-facing picture of joyous health, has been in the midst of changing the narrative about what CBD can actually do, and how all-encompassing the plant’s power genuinely is.

Eventually a surgery to remove 40 percent of his brain was performed on my two-month-old Macario. By missing his left brain, his right side meant he’d be paralyzed and at six months old, he was still no different than a newborn baby. Right then and there, that’s the moment I decided to put the mothering tears aside and activate the scientist that I had studied so hard to become.

Dr. Annabelle Manalo-Morgan speaks clearly, firmly and with little time to waste (she’s a busy woman), and her precision in telling her son’s story makes her an undeniably attractive spokesperson to lead the charge in the name of CBD. Whip smart, obviously, but also eloquent, confident and telegenic all conspire to make her a superstar—a superstar CBD advocates have been looking for a very long time.

With parents like Dr. Annabelle and Gramps Morgan, Macario’s life has forever been changed for the better. And one can only imagine how many other countless lives, too, will be impacted by this near tragedy and a motivated, knowledgeable mom.

First, thank you for talking to PuraPhy and sharing Macario’s remarkable journey.

I’m a big fan of PuraPhy, so thank you for having me.

Let’s start at the beginning. How did you initially get into science and what were your early goals and dreams when you became a scientist?

Becoming a doctor was never in my planned path. I wanted to play professional basketball and that’s actually why I came to the US, but you learn early on in life that no journey is in a straight line.

After Hurricane Katrina in New Orleans, I stopped playing basketball. I had double majored in biology and chemistry thus pursued medicine. My immediate interests were in neuroscience and eventually in cell biology. My dream was to figure out why diseases happen and how we can prevent it so that people wouldn’t get sick. A vague goal, yes, but it broke my heart to hear how some people deal with sickness. Eventually I focused on the cardio-oncology field and worked to learn how certain mutations that mimic chemotherapies can cause heart disease.

Tell us when you were first told there was a problem with your newborn son and how everything suddenly changed since that terrible moment.

Macario was born perfectly normal. Within two hours of bringing him home, he began to have seizures. We learned that he had a stroke and was suffering from uncontrollable seizures. The cause of his seizures is still unknown to this day.

We spent the first five weeks of his life in ICU attempting every treatment regimen. Eventually a surgery to remove 40 percent of his brain was performed on my two-month-old Macario. By missing his left brain, his right side meant he’d be paralyzed and at six months old, he was still no different than a newborn baby. Right then and there, that’s the moment I decided to put the mothering tears aside and activate the scientist that I had studied so hard to become.

I created a CBD formula for Macario, and he went cold turkey on all of his prescription medications and administered the CBD through his GI-tube. In two days, his right eye came into view; two months later he started crawling without favoring his left side over his right and at 14 months old he started walking.

Why CBD? That’s a bold, surprising move to take, even by some of the biggest CBD advocates out there.

I was looking for something untraditional, natural, that had some science and would be safe. The understanding of CBD was very early, but I felt like it was a chance at something that could drive his development while protecting his brain. CBD is a neuroprotectant and can serve so many processes. In Macario, it wasn’t about finding a drug that can do one thing, it was about enhancing cellular signaling, driving neuroprotectivity and creating a true homeostasis in a young developing baby. I chose to give my son Masaya CBD 3000 because it was designed to bypass the first metabolic pathway and cross over the blood brain barrier, without counteracting with other medications.”

How soon after only giving him CBD did you first notice a marked improvement?

Exactly two days after going cold turkey on all of his medications and starting the CBD regimen alone, his right eye, which was never in view, aligned.

What’s his dose then and now?

His dose then was 50mg, three times per day. Now, Macario uses 50mg, two times per day and we now also add in other cannabinoids in foods and supplements.

So, as of today, Macario is a regular five-year-old kid on his way to kindergarten without any disability and brain malfunction whatsoever?

Amazing. As we talked about earlier, there’s plenty of anecdotal (this happened to me) information out there celebrating the benefits of CBD in any number of ways, including myriad health conditions. Now, what you’re actually advocating for is a lot more scientific, peer-review clinical CBD studies to once and for all quantify the benefits of the compound, right?

That’s absolutely right, Richard. In order to make change, you have to provide the data. So, while there are so many new trends in the space, amazing technologies and awesome quality, the due diligence science has yet to be done. I’m happy to announce that a company that I advise and am also a director of is launching a huge clinical trial in the UK at the University of Manchester.

What does success look like in one year and, say, five years on your quest to legitimize CBD and cannabis further scientifically?

Success in the short term is initiating more studies. In five years, I’d want to use that data to start changing the way we do medicine and having cannabinoid products at the front line of both over- and behind-the-counter medicines.

What’s been the reaction to your son’s miraculous recovery in the scientific community?

People really love his story. It brings hope. Among colleagues though, we still need the data before recommending this drug to others and being able to prove that similar stories can occur and be replicated. I mean, we know that there are hundreds of miraculous cannabinoid stories, so now we provide the data that’s needed to get over the hump of the non-supporters.

Have you been able to discuss your son’s story at the highest scientific, medical and governmental levels?

Yes, and there’s a substantial amount of support and anticipation for the studies that we are about to do.

What would you like the average person to know about CBD?

That CBD is not foreign to our natural existence. That it’s not a drug and it’s certainly not bad; it’s the opposite of bad. Also, cannabinoids in general can take charge of our homeostasis. We should all want that for ourselves and our family. Truly.

Do you believe your son’s situation occurred for a reason and that reason was for you to become activated and quite possibly literally change the world for the better?

That’s absolutely right, Richard! I believe I was chosen, and his sacrifice will be the foundation for a lot of good change.

Is CBD going to be the norm for treating a slew of health conditions in a few years?

Yes! There’ll be a time when CBD is added in a supplement or drug and although extremely useful, won’t be on the label in big, capitalized letters. It’ll just become normal, and I do think it’s an absolute necessity.

Finish this sentence: I want the world to know that…

I want the world to know that in a time of incredible technological advancements and bright minds, there’s a place where ancient health practices and modern-day medicine can meet so that people can enjoy healthier, better-quality lives. Let’s get started.