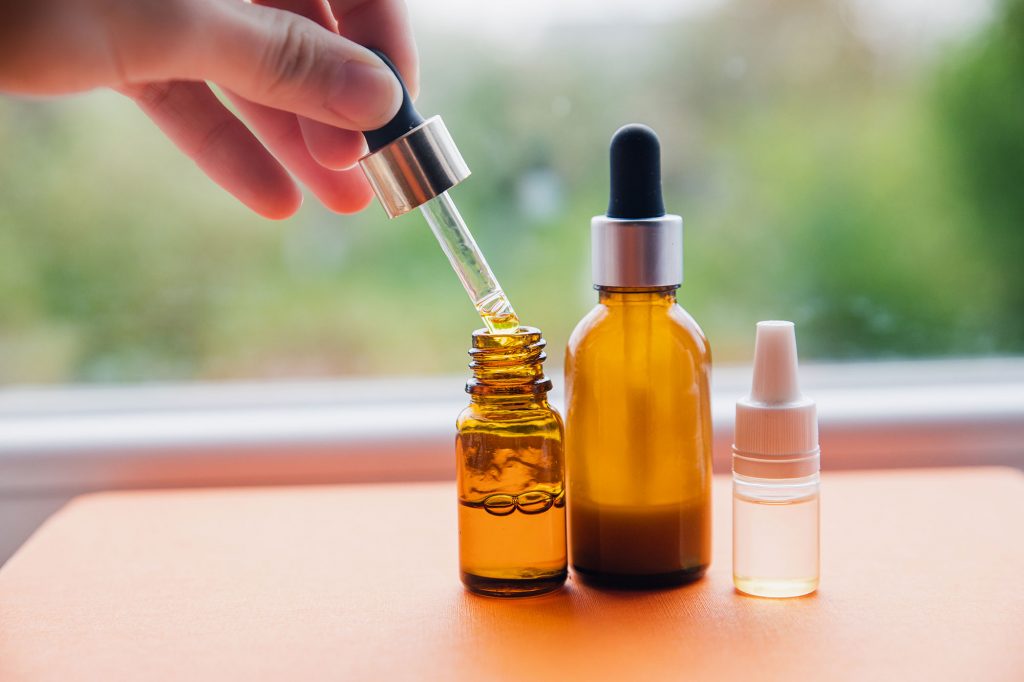 CBD has been a hot topic of discussion for a long time now. From medical research to pop culture and legislation, it’s not really as ambiguous as it once was and it’s rapidly becoming more ubiquitous, easily found at health food stores and dispensaries. However, the rise in its popularity comes with a few bumps. Being a derivative of cannabis, CBD can still be controversial to the uninformed populace. Despite being incredibly safe, there are misconceptions and myths that discourage people from using it.

Many of these misconceptions stem from some people perpetually confusing CBD with THC. The assumption is that since both are found in marijuana, they alter your psyche. And even though both compounds react with your endocannabinoid system, they’re, in fact, quite different.

The molecular structure of both THC and CBD are exactly the same. They each have 21 carbon atoms, 30 hydrogen atoms, and 2 oxygen atoms. However, there’s a slight difference in how they’re arranged. They’re both chemically similar to our body’s natural endocannabinoids and interact with the cannabinoid receptors.

The ongoing controversy surrounding CBD feeds into the misconception about it getting you high. People assume that since it’s found in cannabis, it gets you high as weed does. However, this is simply and demonstratively, not true. The fact is that it’s the THC that’s psychoactive. Despite having similar chemical structures, CBD doesn’t create the same effects as THC does. THC is the component that binds with CB1 receptors and creates the sensation of euphoria. CBD, on the other hand, does not. Simply put, hemp oil/CBD doesn’t get you high.

People tend to have very strong opinions on whether THC and CBD are good for you, which is understandable. Interestingly, a lot of misinformation has created a perception that THCs are only recreational and hence bad for you while CBD is solely medicinal.

This doesn’t hold much truth to it as both THC and CBD provide different benefits. Despite it having psychoactive effects, THC is not inherently bad. This false dichotomy is debunked by a number of clinical trials that have shown both THC and CBD to have relevant medicinal properties. The difference is that THC induces euphoria while CBD doesn’t.

CBD containing less than 0.3% THC is considered legal across all states. THC, on the other hand, is legal in states where recreational use of weed is legal such as California, Massachusetts, Colorado and Washington.

The legality around THC, CBD, and marijuana as a whole has regularly been evolving. In 2018, the Farm Bill was passed and signed into law, which legalized the cultivation of industrial hemp. This means that CBD containing less than 0.3% THC is considered legal across all states. THC, on the other hand, is legal in states where recreational use of weed is legal such as California, Massachusetts, Colorado and Washington.

When it comes to side effects, the ones sometimes associated with CBD are mild and include drowsiness, dizziness, and dry mouth. However, they occur rarely. Besides these, any other side effects of CBD are likely the result of drug interactions between the component and other medications.

Side effects associated with THC include increased heart rate, dry mouth, red eyes, slower reactions, temporary memory loss, and coordination problems. However, these side effects are temporary and a part of the compound’s psychoactive properties. Misinformation about THC and CBD has been used to advocate against them. The more factual knowledge you have, the more informed you’ll be when it comes to making decisions and using the compounds to your advantage.

CBD: What Everyone Gets Completely Wrong

By now, there’s no shortage of both good and bad articles dismissing and advocating for hemp oil/CBD. With an influx of research and CBD-based products hitting the shelves, CBD has become nothing short of a cultural phenomenon. However, the sudden hype of CBD has brought about one disadvantage, which is fake news and full-fledged lies about the compound. People completely against cannabis as a whole spread biased, incomplete and/or false information.

In the midst of all the hype and activity, it’s those who remain uninitiated to CBD who are left to decipher fact from fiction among the myriad myths and half-truths about the compound.

The first and most commonly believed piece of misinformation is that CBD gets people intoxicated.

The first and most commonly believed piece of misinformation is that CBD gets people intoxicated. The assumption stems from the fact that hemp oil/CBD is extracted from cannabis plants. This was further perpetuated by marketing tactics used to pepper in references to marijuana that made people think that even hemp products had something to do with it.

Thankfully, due to the efforts of various CBD proponents, consumer awareness on this subject has vastly improved. To reiterate their point, CBD is not psychoactive. It does have properties that may impact your psyche, such as maybe lifting your mood, but it doesn’t intoxicate you as weed does.

Hemp oil/CBD is extracted from fibrous-grade Cannabis Sativa L. plants or hemp. These contain less 0.3 percent of THC, which is the active cannabis compound that gets you high. This amount of THC is far below the threshold. This means that the trace amount of THC in hemp-derived CBD is too low to have any psychoactive effects on your brain.

With that, this particular myth is proven to be demonstrably false. We’re glad we cleared that up. Again.