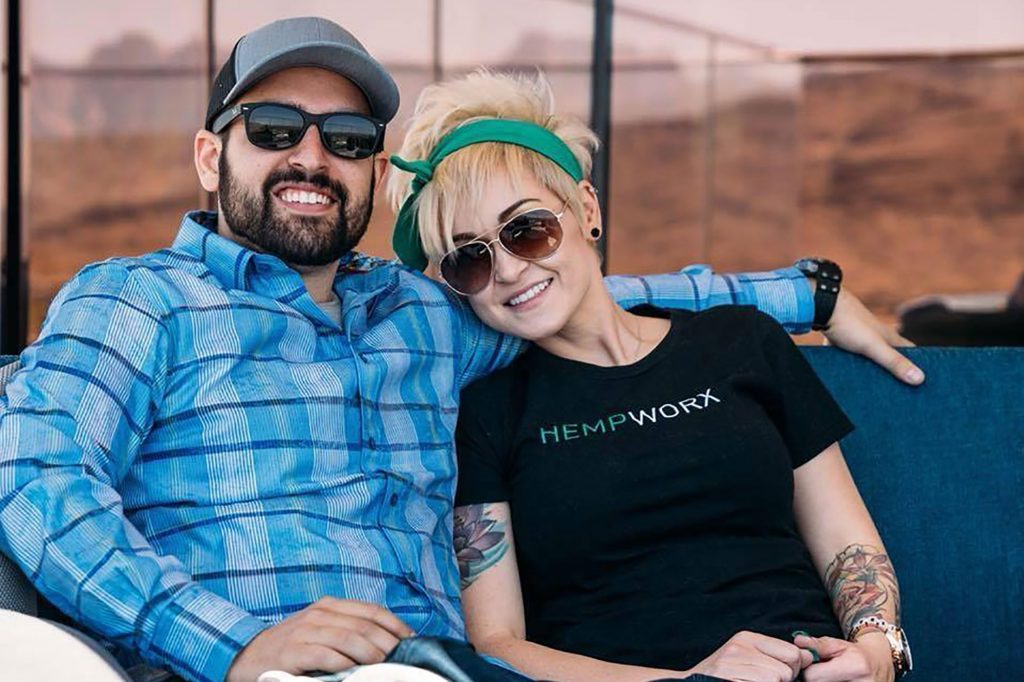 The passing of the 2018 Farm Bill breathed new life into the struggle that many businesses faced when it came to selling the benefits of hemp oil/CBD and hemp-derived products. The bill that removed hemp from the Schedule 1 substance list also opened new doors for established businesses and budding entrepreneurs who wanted to try their luck in the new niche that’s filled with potential to grow.

While there are many investors and entrepreneurs who have entered the hemp industry, some stand out more than others. One such company is HempWorx.

HempWorx was founded by Josh and Jenna Zwagil in 2017. The idea for HempWorx, according to the owners, was born out of the necessity for an alternative to traditional protocols. The founders of HempWorx had already known that they were onto something great when then first discovered the possible benefits of hemp-derived products, and when the research started rolling in from all corners of the world, the Zwagils say they knew that they had made the right choice.

It didn’t take long for Josh and Jenna Zwagil to become the top earning affiliate at MyDailyChoice, which was the parent company of HempWorx. The duo soon built a reputation of going against the grain and bending the rules when it came to affiliate marketing, which was unheard of at the time, especially among network marketing companies dealing with hemp oil/CBD and hemp-derived products.

With $100 million in sales in just the fourth year of business and a compensation plan that pays out up to 85% of business volume, MyDailyChoice has become an industry-leading movement largely due to the efforts of Josh and Jenna Zwagil. According to Josh, their goal is to be a company where the leaders can always call “home.”

The company has experienced record growth by outpacing and outthinking their competition in the hemp industry. Their efforts have also helped create a unique company culture that’s dedicated to helping affiliates win. The field-first principle is at the core of what makes the unique winning culture prevalent at both MyDailyChoice and HempWorx.